Seriously, after having seen this … I immediately signed up as donator. I couldn’t believe the shocking secret that a really hypocritical town had. To be honest, I’m not really a fishy kind of animal lover.. i like them fluffy fat and cuddly, but I became fan of dolphins after this sad horror story. The Cove (2009, Psihoyos) really is a must see.. but of course not for people with a queazy stomach. Visit the site here.

Again, a fishy-tale but with an amazing catcher that keeps you strained to your seat. One thing is definite with me: I am never going to SeaWorld ever ever ever again. Yes again, as I was very little when I went there, but I did not drive myself or choose it myself… but honestly I never knew the horror back then as a kiddo. Wow, Blachfish (2013, Cowperthwaite) really stunned me, I had to cry. I can’t believe that we as intellectual humans don’t think that animals have senses and feelings and thoughts and minds as well. How egocentric and stupid to not see the intelligence of these beautiful animals. The emotions of the Killer Wale really had an impact on my view of animals in general. I do believe that animals compensate in their lack of “intellect” with other senses and feelings and emotions. Watch this one and realize.. we’re not the only ones with brains on this world.

I’m not gonna lie I didn’t want to eat the week that I saw this one. How gross! And even though I love the US and all… but holly crap… that’s a serious disgusting food industry. Zero nutrition and zero respect for animals at all.  Thousands of cows being bred for milk and cheese without moving 1 meter or chickens being kicked and pumped with antibiotics. This movie reminds me of my new book: Paleo Diet (Cordain 2002), the whole food industry is such a weird phenomenon when, if you think about it: if cows are wild animals, then how could mankind have milked a wild cow in the caveman time? Indeed, that would have been really difficult and hard probably get a hoof in your face… Paleo Diet (Cordain 2002) builds greatly forth on this idea that agriculture has changed the way we eat and maybe even causes some serious problems that we get through these unnatural feeding patterns. And Food Inc. (2008, Kenner) also discusses diseases such as diabetes in combination with this fast-food industry. 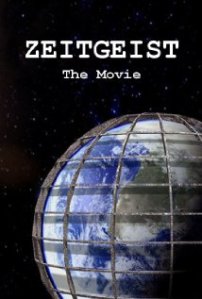 Politics, monetary system, religion, conspiracy theory… yes this one covers them all and does a great job at making you think differently. Ok so it’s a bit of a manipulative documentary but I sometimes like looking at topics differently than the standard mass view. This movie gets you thinking about the meaning of money and religion in the world. I did find the ending a bit utopian but actually I really would have wanted to live in their self-sufficient community that doesn’t have money involved.

Waiting for Superman (2010, Guggenheim) was focused mainly on the American schooling and has a message: Oh My, please help! Kids need to fight for an education, and guess what even the ones that fight (which aren’t that many ’cause who didn’t get caught up in the hormones and other fun stuff) but the ones that fight, don’t always get in. Why keep education away from your people? Why keep people dumb? How unfair!

This movie isn’t what you think…no no no nope: no porn or something. Orgasm Inc. (2009, Canner) is focused on the pharmaceutical industry and how medicines are “made-up” to cure “made-up” sicknesses.. In this movie the focus is on women who don’t get an orgasm during sex… so what do you call that? A disease. Well… I’m wondering what you’re thinking now because what i thought was: WHAATTT??? Watch and see what this means for the distribution of pills and weird medical practices.. it’s unbelievable. I think at this stage they can start calling farting a disease.. so they can produce little pills that stop farting… wait.. is this already available?